Posted by pinballsupernova on September 18, 2019 in New Pinball Release | Leave a comment

CHICAGO, IL – September 18, 2019 – Stern Pinball, Inc., a global lifestyle brand based on the iconic and outrageously fun modern American game of pinball, announced today the availability of a new line of pinball machines celebrating the iconic character, Elvira, Mistress of the Dark! The game was developed in collaboration with the Whizbang Pinball Studio team of Greg Freres and Dennis Nordman. Greg and Dennis developed the first two Elvira games. Elvira’s House of Horrors pinball machines will be available in Premium, Limited Edition, and Signature Edition models.

The taunting is over and the haunting begins in the third and campiest installment of the Elvira pinball trilogy! Trying to sell her mansion through “Alternate Realty”, Elvira’s house is haunted by the movie characters from her past. These ghouls, ghosts, monsters, and strange assortment of vintage characters with horrific acting skills seek revenge on Elvira while she and the player confront them, sending them back to the “film” from which they came! Elvira’s House of Horrors immerses players in a fun, campy, B-movie universe filled with all of the humor expected from the Mistress of the Dark including custom speech and, in a pinball first, exclusive filming of Elvira for custom video scenes featured throughout the game!

The Premium, Limited Edition, and Signature Edition models all feature Elvira’s “House of Horrors”, a frightening Victorian fixer-upper, full of creepy charm and supernatural surprises. Players can gain access to the mansion through the front door, the cellar, or through the garage which is guarded by a gravestone drop-target. An orchestra of color changing RGB lights accentuates the house in sync with the different “House Haunts” featured throughout the game. Lighted windows and a spinning attic turret track players’ progression on their pinball journey.

If a haunted mansion wasn’t enough to keep your skin crawling, beware of the “Deadhead Family Crypt”! This mausoleum houses a variety of characters that need an awakening courtesy of a steel silver ball to their head. This interactive crypt will keep players on their toes with the Crypt entrance unleashing balls from a separate location while also becoming a physical bash toy. And with Elvira’s pending move from her hopeful home sale, the interactive Elvira’s “Junk in the Trunk” toy allows players to lock balls for a frantic two-ball multiball.

“It was a pleasure to work directly with the Mistress of the Dark on this third collaboration,” said Gary Stern, Chairman and CEO of Stern Pinball, Inc. “Elvira’s House of Horrors pinball is a haunting fun time!”

The highly collectible Signature Edition model is limited to 50 units globally. The Signature Edition model includes all features of the Limited Edition game, plus special hyper-chrome embossed cabinet decals, a personally autographed Elvira collectible trading card with cover and mounting, and a signed special Elvira certificate of authenticity that includes a swatch of fabric from Elvira’s iconic red velvet sofa.

Elvira’s House of Horrors pinball machines are available through authorized Stern Pinball distributors and dealers around the world. 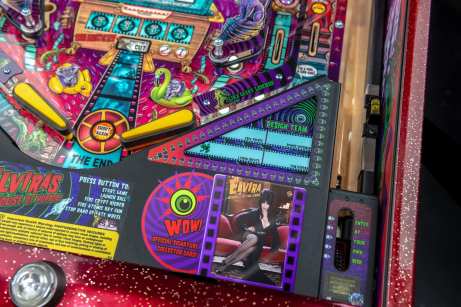 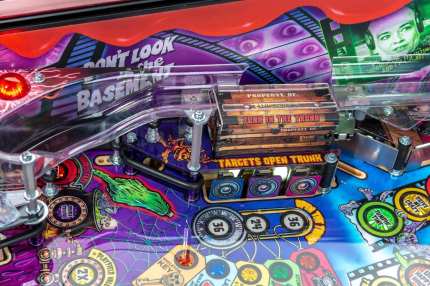 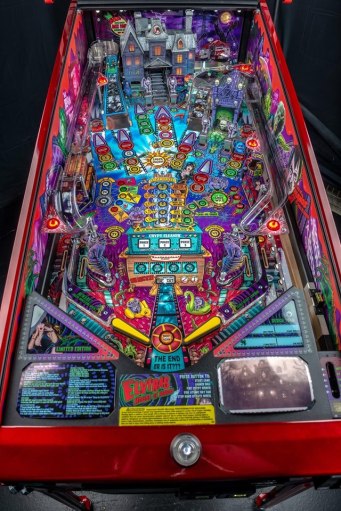 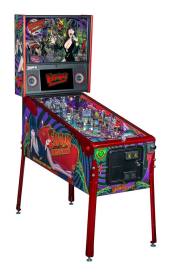 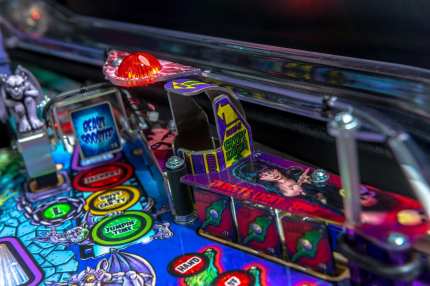 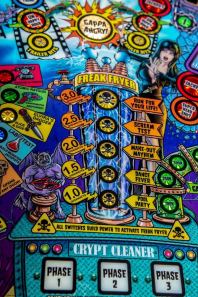 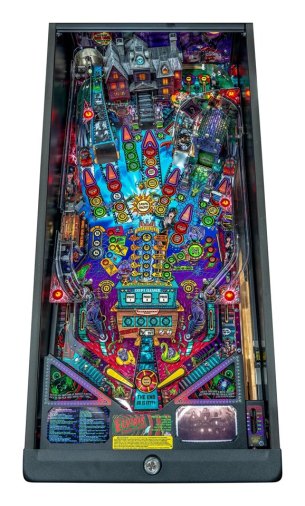 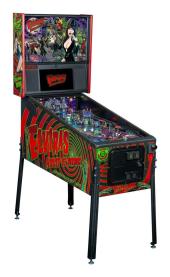 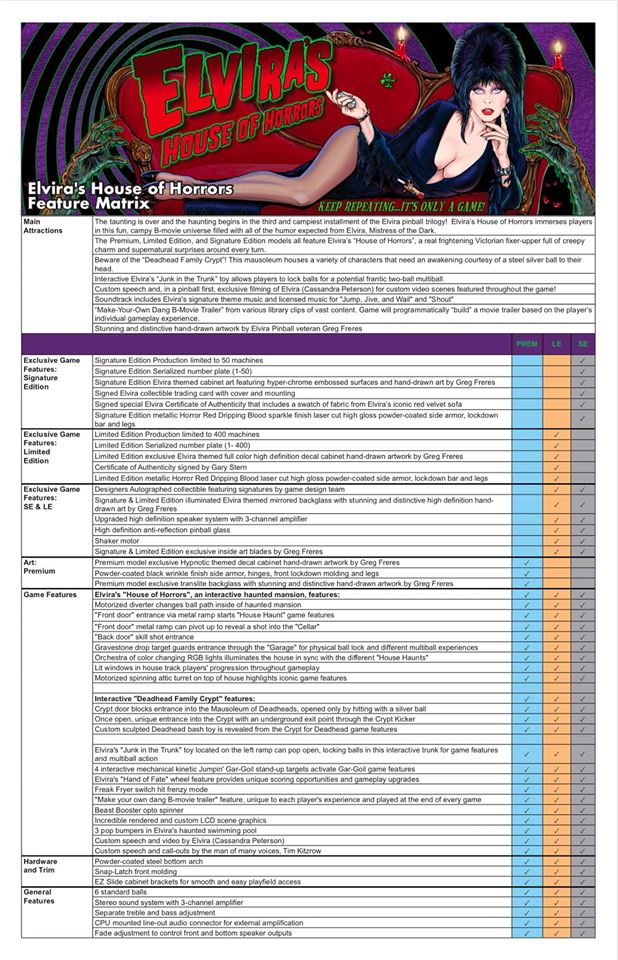 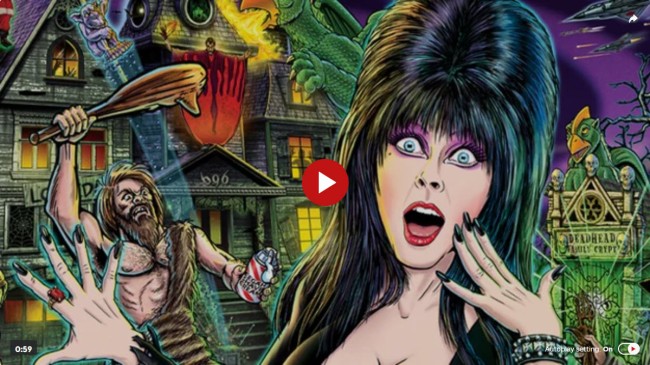 Stern’s next machine, timed appropriately for the lead up to Halloween, will be Elvira: House of Horrors. The horror movie host has appeared in two previous pinball machines, 1989’s pretty great Elvira and the Party Monsters, and 1996’s downright amazing Scared Stiff. The original designers of the first two games, Greg Freres and Dennis Nordman, are returning for the 2019 game. Their influence comes across in a cool, vintage art package (see the images below, or video above). House of Horrors integrates campy movies (including several Mystery Science Theater 3000 subjects) into its theme, with characters from Manos: The Hands Of Fate, Santa Claus Conquers The Martians, and The Brain That Wouldn’t Die featured in the artwork, in addition to “the usual”: Skulls and gargoyles and stuff. We have a full list of the licensed movies incorporated into House of Horrors below.

Unlike previous Elvira-themed machines, Elvira: House of Horrors features an HD monitor and Elvira filmed scenes specifically for this game, in addition to doing voice work — Stern calls Elvira’s custom-filmed scenes a “pinball first,” as all HD games to-date have sampled video from other sources or used animation. House of Horrors’ code is by Lyman Sheets (AC/DC, Metallica, Batman 66).

Read the entire article below :