Posted by pinballsupernova on November 22, 2017 in Released Code & Updates | Leave a comment 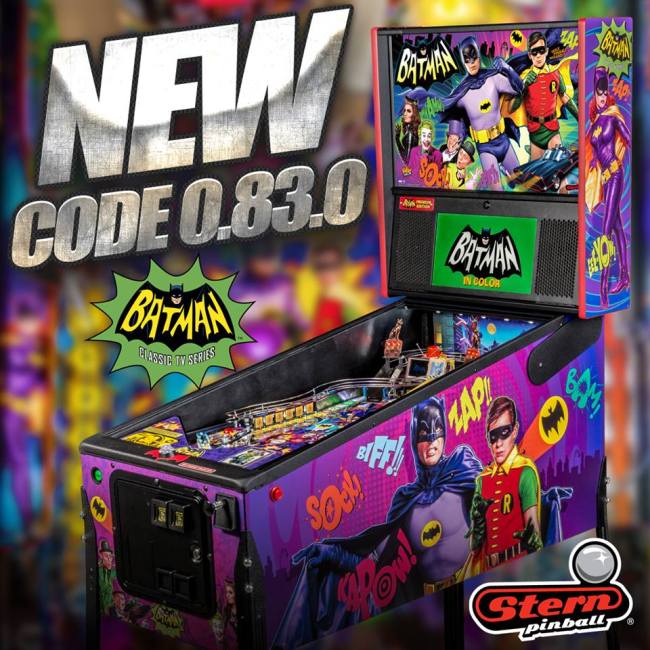 – Added 4 mini-TVs to the LCD display to show effects and scores for
stacked modes. The most recently started mode is shown in the large TV.
Any previous mode occupying the large TV is pushed down to a small TV
from left to right, top to bottom.
– Added a first part for Mr. Freeze mode (episodes 53/54). Shoot 6 blue
(ice) shots to finish. Shoot red shots to turn them blue. Defeating
Mr. Freeze will stop most timed things from counting down (for the rest
of the ball, for now).
– Added a mode for Egghead (episodes 47/48, Egg Fight). All switches
score 250,000 and build a jackpot that can be lit on one of the shots
by using the gadget button. Once the jackpot is lit, the points from
the switches stop adding to the jackpot. The mode ends when time runs
out or when the jackpot is collected.
– Mr. Freeze “frozen” timers for villain escape will allow points to be
added from switches for the duration of the mode instead of terminating
that portion of the scoring when the multiball starts.
– Added minor villain modes to criteria for timed modes, so ADD MORE TIME
from MYSTERY works correctly.
– Reworked Bat Turn award display effect so it doesn’t take so long.