Posted by pinballsupernova on May 7, 2017 in Pinball Shows | Leave a comment

Another year and another Pinfest Pinball show in the books.  Pinfest 2017 located in beautiful Allentown Pennsylvania is over.  Again, what a great showing for the event.  This year so many games at the show and in good working condition.  The variety of games from EM’s to solid state were terrific.  To be honest, I probably played about 3 games all of Friday.  The show to me is about hanging out with my friends, meeting and talking with friends in the pinball hobby,  and conversing with the vendors and seeing what new products are available.

Many of the mainstream vendors in the hobby were at the show : Mezel Mods, PinGraffix, TiltGraphics, Lighted Pinball Mods, Laseriffic, Lermods, Pinball Plating, Marco Specialties, Cointaker, Pinball Star Amusements, Pinball Refinery, Flipper Fidelity, and Starship Fantasy.  All the vendors had great things to offer, especially PinGraffix and Lighted Pinball Mods.  PinGraffix showed off its new PowerBladez and PowerBladez side art on an Attack From Mars Remake.  Just to clarify comments on Pinside, the blades and art do not make any noise or produce interference when playing.  The new products look fantastic.  Also, the new comer into the pinball mod fray is a company called Lighted Pinball Mods.  I spoke with the two members from the company and was walked thru the process of the mod making and how everything works.  The products look great especially the lighted speaker panels and plasma pop bumpers.  Keep an eye out in the upcoming posts on Pinball Supernova where I will be installing and reviewing PinGraffix Metallica creeping mod PowerBladez and also Lighted Pinball Mod’s lighted speaker panel – plasma pop bumpers on my Twilight Zone.  I am looking forward to making the instructional videos and sharing with the viewers and readers of the blog.

Also some upcoming and newly released games were on display at the show.  Stern’s Aerosmith, Heighway Pinball’s Alien, Jersey Jack’s Dialed In, Chicago Coin’s Attack From Mars Remake, and American Pinball’s Houdini.  All the new games were being heavily played.

Let me give a shout out to all my friends that I got to see at the show.  It’s always great to see Taylor Reese from This Flippin Podcast, Don “Burning Man” Kraper, The Mezels, Lermods, Joe from Pin Graffix, Joe from Laseriffic, Ken Rossi, Jose and Raynir from PinGraffix, and Dan from Lighted Pinball Mods.

Lets talk about the games in the free play area.  This year what a great selection of games.  So many games, many of the machines did not leave the floor until late in the day after being purchased by buyers. The games that I saw and actually played looked good and operated well.  Old to modern games were on hand and also some rare pieces such as Atari’s Hercules and Gottlieb’s Spirit.

I had a great time at Pinfest 2017. Thanks to Ivan, his staff, and also everyone who brought machines from their personal collection to the show.  I had a fantastic time and looking forward to next year.

VIDEO OF THE SHOW : 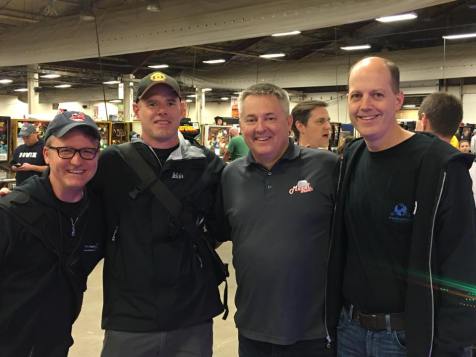 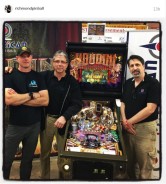 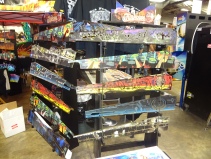 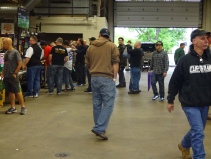 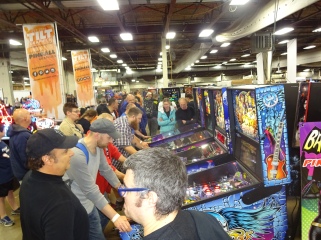 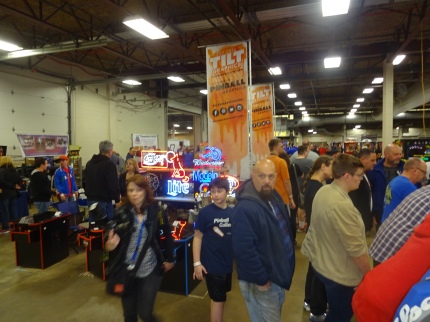