Posted by pinballsupernova on August 22, 2016 in News and Videos About Pinball | Leave a comment

Extreme Pinball on Pinside posted an article about a new arcade he opened located on Fremont Street in downtown Las Vegas.  The arcade has 16 pinball machines and some arcade machines located at the facility.  Check out the post below which has all the details of the arcade address and which games are currently available to be played.

In addition to the pinball wall, we are featuring some of the newest and most unique arcade games currently in production, including The World’s Largest Pacman, Time Crisis 5 Deluxe with twin 55″ monitors, a pair of Moto GP motorcycles, Jurassic Park Arcade, Transformers Deluxe 55″ Theater, Typhoon motion ride, and so much more.

We are located at 450 Fremont Street Suite 179, downtown Las Vegas, inside the Neonopolis complex, directly behind Denny’s and The Heart Attack Grill. 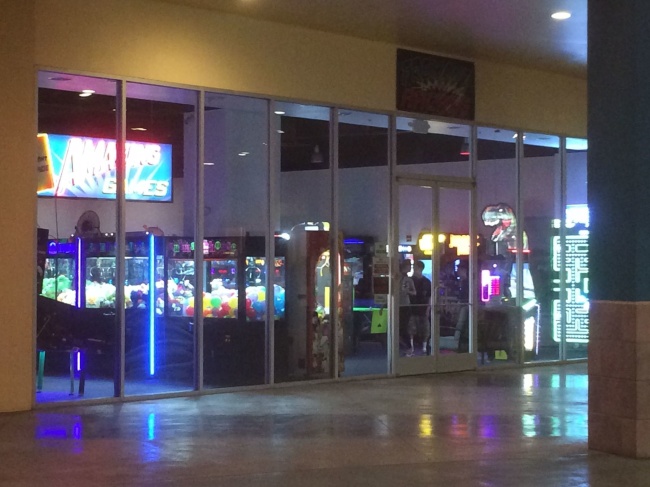