Posted by pinballsupernova on March 26, 2016 in The Pinball Arcade (Farsight Studios) | Leave a comment

Rescue 911™ (1994): is a game that values real life. Designed by Bill Parker, it’s based on the hit television show of the same name from the 90’s. At the height of its popularity, 30 million people in 54 countries tuned in to watch this top rated series. The game brings the true rescue experience right to the player’s senses as they save lives by completing rescue missions. An innovative pinball helicopter on the playfield actually takes the ball for a ride, launching players into the missions where they must free trapped victims in the Cave-In Rescue, combat raging fires in the Wild Fire Rescue and chase down a speeding car in the Hostage Rescue. This truly is the game that’s built for life. 4,000 units of this table were produced. 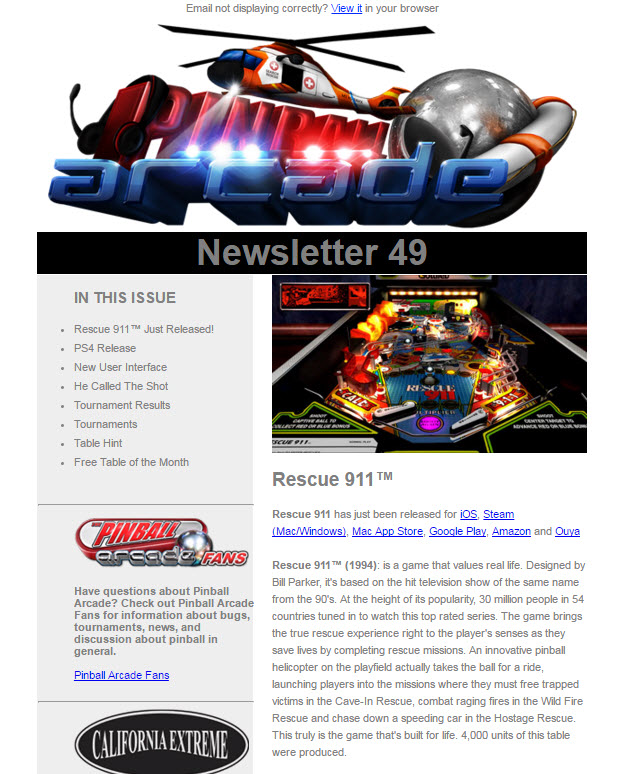