Home » News and Videos About Pinball » John Popadiuk : Another One Bites the Dust

John Popadiuk : Another One Bites the Dust

Posted by pinballsupernova on May 22, 2015 in News and Videos About Pinball | 2 Comments 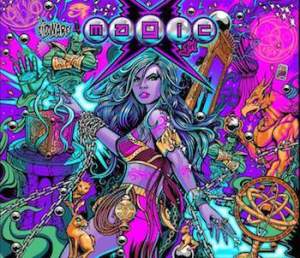 It looks like John Popadiuk and his company Zidware are having financial problems which will affect the release of the Magic Girl Pinball machine.  Vendors have been complaining on posts via Pinside that payment was not being given for services and products Zidware was using.  It’s very sad with the demise of Skit B Pinball (Predator Pinball) and now John Popadiuk president of Zidware.  It seems that John is looking or has investors to back his company financially.

Hopefully this does not affect the platform of pay before you get boutique pinball companies.  Personally I would never pay for a product being produced by a start-up company before actually seeing it.

Found this link through a post on Pinside. In the post it details the timeline of John’s comments and happenings of Zidware and Magic Girl Pinball.  It shows the good and bad of the happenings that led to the demise of Zidware.  Worth a read.

Below is a statement released from John Popadiuk, president of Zidware.

RE: PLAN OF ACTION FOR PURCHASERS OF MAGIC GIRL™, RAZA AND AIW

It is with great excitement, determination and love for pinball that has led me to pursue and find a possible solution that can be announced to you today. I want to take this opportunity to thank each and every one of you who believed in the magical designs that have been created. I acknowledge and appreciate the faith you have in placing deposits with Zidware, Inc. (“Zidware”) to deliver to you incredible machines that take pinball to another level. Thank you for your patience and support …this well-deserved update will give you a good idea of where we have been and where we are headed in the future.

First and foremost, my apologies for not being a better businessman. In the past, great success was accomplished by focusing on what I do best… design and artistic direction of games. The business mechanics were left to the executives at companies such as Williams and Bally. I did not realize what it entails to run a company and get a machine designed and produced from start to finish. At the rate that I have been going, bankruptcy would be inevitable absent some type of corrective action. Zidware no longer has the ability to get Magic Girl™ (“MG”) into production let alone Retro Atomic Zombie Adventureland™ (“RAZA”) and Alice in Wonderland The Pinball™ (“AIW”). A copy of current financials will be available evidencing the impossible predicament Zidware currently faces. Further, the delivery of machines to my customers who have placed orders and provided deposits has always been my primary concern and a responsibility that I take very seriously.

Therefore, I have sought out a solution to bring these games into production and to benefit all purchasers who have continued to believe in me. Apologies for the lack of communication, however it was best to find a workable solution first, rather than to string everyone along on false hopes. At this point I have a plan in place and therefore am taking this opportunity to share it with you. My hope is that with this solid plan, you, as a purchaser, will be supportive of this endeavor and remain patient and work with this plan to achieve the desired goal of producing MG, RAZA and AIW machines.

What is the plan and how will it help the purchasers of Zidware products?
In a call for help, one of my customers, a businessman specializing in the restructuring of companies, realized that there was no way Zidware could get this project over the finish line and into production. He was saddened by the fact that many would suffer a loss and it would be a black eye for the pinball industry and my reputation.

Over the last month or so, this individual and his associates have done extensive due diligence on Zidware to determine the best plan of action. They have assembled a team of professionals capable in bringing pinball machines to production under a new, unrelated company. I have granted this new company (“Licensee”) an exclusive license for MG, RAZA and AIW. They will then be able to take MG from its current state to the point of production, along with potential orders for RAZA and AIW. Once these machines are produced, the Licensee plans to continue and grow to become an industry leader in creative unique pinball design.

What can you expect next?

The Licensee is now underway to complete a master prototype Magic Girl™. An announcement will be made as to when this will be, however the goal is to have it ready in time to unveil at an upcoming show. From this point forward, information and progress will be provided by the Licensee as Zidware is no longer in control.

This group is currently in the process of negotiating with proven known quality manufacturers to get the games produced. As soon as this is contracted, purchasers will be notified and given a forecast of the timeline to complete development as well as release dates for final product. As it stands today, the anticipated timeframe until production of MG is approximately 2 years or sooner.

As for the other 2 games, art work will be under the Licensee’s direction and prototypes will be forthcoming. I have agreed to independently consult with the Licensee for continuity to complete the pinball designs for all 3 games. The timeframe until production of AZA and AIW product is 2 to 3 years post MG production.

I encourage fellow Pinheads to allow this team to help make these games come to life. The Licensee has already made significant investment in both time and money to get where we are today. They have acquired the licenses for these games not motivated by profit, but to make the designs a reality and forge a viable path for production of these products to Zidware customers. The only other alternative is that Zidware would be forced to file for bankruptcy, resulting in virtually nothing to the purchasers and none of the games that we have worked on all these years will ever be produced.

We need patience, positive input and support from you and all of Zidware’s customers. Once each purchaser has responded back with positive intentions, the Licensee will be formally announced and be able to continue to move forward. However if there are any clarification uestions regarding this letter or agreement, please do not contact the attorneys directly, instead you may send an email to: Magic Girl Info <magicgirl.raza.aiw@gmail.com>. The Licensee has already indicated that they will be opening the doors to share the progress with customers and welcoming everyone with open arms!

To be clear, there will not be any refunds as Zidware lacks the cash reserves necessary to return any customer deposits. The Licensee is here to create and build pinball machines and it is not responsible for Zidware’s liabilities. Nonetheless, working together, the Licensee will have the ability to produce machines and Zidware customers will be provided credits for deposits made. We are very lucky that the
Licensee started down this path to help the pinball community by trying to rectify this situation.

1) Confirmation of your intent to complete the purchase of the ordered item(s) by executing and returning the attached agreement so that the Licensee does not expend resources for customers who may not wish to complete their order.

a. Magic Girl™ – original purchasers. The Licensee is already in talks with potential manufacturers to create a Magic Girl™–Collector’s Edition, limited to only 199 worldwide for those who have already purchased or provided deposits. This is first come first serve
as we will close off as soon as we reach 199 orders. Zidware deposits will be converted to credits dollar for dollar.

b. RAZA or AIW purchasers. For those who have placed a deposit on RAZA or AIW, the Licensee is allowing these purchasers to convert their deposits to credits towards:

ii. Magic Girl™-Classic (TBD estimated at between $9,995 to $11,995) – We are offering a new edition of Magic Girl™ with all of the same functionality and quality, since the final product is yet to be finalized and we don’t have actual BOM, we can only provide the price range. Any customers interested in this option will have opportunity to confirm their purchase at time of release of actual price. Zidware deposits will be converted 1:2 (eg. $6,500 deposit = $3,250 credits) for this option.

Once you take delivery of your machine, you have an asset in hand and the ability to keep it or sell it for cash. You will also have the ability to sell your position. Should you wish to wait for the possible creation of a RAZA or AIW, that option is also available.

2) Agreement that you will not bring any action for money damages or specific performance against Zidware, the Licensee, the manufacturer, or any of their directors, officers or members during the earlier of:

This is what we need to move forward; we ask your cooperation to support us and allow Zidware to get the Licensee what is needed at this time. This is the only plan that will possibly get these machines produced. It is time sensitive as we need to move quickly or I will have no choice but to pursue a chapter 7 bankruptcy filing resulting in the liquidation of Zidware without delivery of any of the games and virtually no cash to Zidware customers.

This plan is for you, the Pinheads that want something that is a true work of art, quality built that can be treasured for years to come. I have now found the right business team that is dedicated to try to get my work to the finish line and into production. Help me to help you get what you came to Zidware for…a pinball machine that you will be very proud of to have in your collection!