Posted by pinballsupernova on September 9, 2014 in News and Videos About Pinball | Leave a comment

“Brian is a solid addition to our team. We’re thrilled to add his sound and audio design expertise to Stern Pinball machines,” said Gary Stern, Chairman and CEO of Stern Pinball, Inc.

The 2008 recipient of the Game Audio Network’s Lifetime Achievement Award, Schmidt has been creating game music, sounds and cutting edge technology since 1987. His credit list comprises over 140 games and a client list including Stern Pinball, Bungie, Zynga, Microsoft, Sony, Electronic Arts and many others. Brian has worked for top companies including Microsoft and Williams Electronic Games and is currently a video game industry consultant. Schmidt created GameSoundCon, the industry’s sole conference dedicated to composing video game music and sound design.

“I’ve always been a huge fan of Stern Pinball and have even had the chance to work with them as a client in the past, so I could not be happier to be joining them as a team member,” said Brian Schmidt. 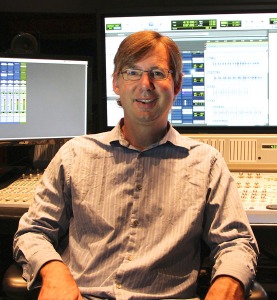